The Call of Duty Black Ops games have had twisting narratives that can be tricky to follow. Ahead of the launch of Cold War, we’re here to catch you up on the central plots and the journeys of characters like Woods, Mason, and Hudson.

Call of Duty: Black Ops Cold War takes place between the original Black Ops 1 and its sequel, Black Ops II–releasing in 2010 and 2012, respectively. Given that it’s been a while, we feel a refresher on the Black Ops characters and plot points is in order.

In the video above, we go over where we left off with central characters like Alex Mason, Frank Woods, and Jason Hudson, as well as which villains are still alive and what story cliffhangers are worth keeping in mind. If you haven’t played the first Black Ops, the game involves a lot of twisting plot points, including an attempt to assassinate Fidel Castro, a brainwashing program that has to do with mysterious numbers, chemical weapons, and betrayals.

Black Ops Cold War picks up 13 years after Black Ops with Russian spy Perseus infiltrating the United States nuclear weapons program. A new cast of operatives–Russell Adler and Lawrence Sims from the CIA, Eleazar from Mossad, and Helen Park from MI6–are trying to stop Perseus. The campaign bounces back and forth between the present day (1980s Europe) and flashbacks to the past, which take place in Vietnam. 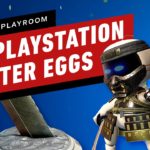 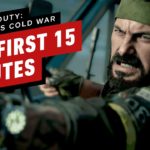