Assassin’s Creed Valhalla is the latest game in Ubisoft’s open-world series, and it continues the franchise’s new RPG formula from the Ancient Greece-set predecessor, Assassin’s Creed Odyssey. But how does Valhalla compare to Odyssey?

In the video above, Jordan Ramée and Lucy James compare the two games across three topics: gameplay, world and setting, and story and characters. From a gameplay standpoint, Valhalla streamlines many of Odyssey’s loot-heavy mechanics, while returning the series to its roots by bringing back elements such as social stealth and the hidden blade.

Lucy and Jordan also break down the two games’ settings: Viking-era England, and Ancient Greece, and discuss which title best represents its historical location. And finally, they discuss Valhalla and Odyssey’s central protagonists, comparing fan-favourite Kassandra with the new assassin on the block, Eivor. 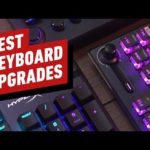 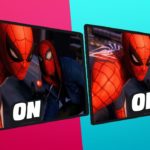