Call of Duty: Black Ops Cold War, developed by Treyarch in partnership with Raven Software, is this year’s entry into the wildly popular annual shooter franchise. In this video we look at how it two can exist alongside the robust Call of Duty: Modern Warfare. Cold War’s multiplayer includes the larger 12 v 12 Combined Arms mode, which features the Armada map with ziplines and ship to ship combat as well as a tense 6 v 6 VIP Escort mode that’s more reminiscent of Counter-Strike. In this video we also take a look at Create-a-Class including loadouts, some of the better weapons you can start with, useful perks, and the standard fare of scorestreaks. Some of the maps are unique such as one set in 1980’s Miami, a snow map called Crossroads, and the aforementioned Armada map completely set in the ocean.

Call of Duty: Black Ops Cold War is confirmed to be a cross-gen and cross-play title. It will have a battle pass system as well as free post-launch content such as maps, modes, and in-game events. Progression from multiplayer will feed into Warzone including new items to be used in both games. Cold War is out November 13th for Xbox One, PlayStation 4, and PC with later releases on next-gen consoles PS5 and Xbox Series X. 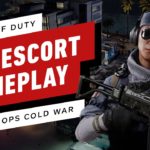 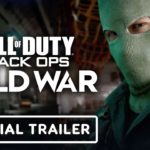