Former CEO and co-founder of Blizzard Mike Morhaime has announced a new company, Dreamhaven, which is designed to be an incubator for game development teams. And they’ve already got some games in the works, so good for them! We should be seeing some exciting stuff in the future. And speaking of the future, Microsoft be acquiring more game studios down the road. We also have a small update regarding Bethesda and that massive purchase of their parent company, ZeniMax. It’s your Daily Fix! 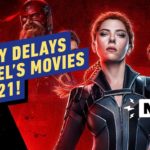 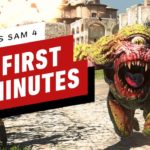