Ubisoft announces release dates for its upcoming games, Cyberpunk 2077 is not coming to Game Pass, and Microsoft takes a stance on cross-gen games.

Ubisoft Forward may not have had many surprises, but it did have plenty of release dates. Hyper Scape is currently in open beta for PC, Watch Dogs: Legion and Assassin’s Creed Valhalla are both coming later this year, and Far Cry 6 is scheduled for February 2021.

Plenty of games make there debut on Xbox Game Pass, but Cyberpunk 2077 will not be one of them. While there is an exclusive Cyberpunk 2077-themed Xbox One, the partnership doesn’t extend to Game Pass, it seems. Microsoft and Sony are taking different approaches to the next generation of consoles. Sony is going the more traditional route with PS5-only games, while Microsoft, however, wants to launch games across both Xbox One and Xbox Series X.

And hey, while you’re here, GameSpot launched its own merch store. Till the end of August, all the proceeds will be split between Black Lives Matter and COVID-19 relief.

Check it out here: store.gamespot.com 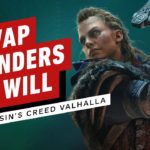 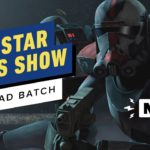