Be a hero, save the planet, stay at home and watch every episode of Archer…now streaming via FX on Hulu.

With Season 11 of FXX’s original animated, half-hour comedy coming soon, take a look back at the globe-trotting adventures of Sterling Archer so far. 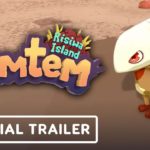