With Ultra Instinct Goku now available in Dragon Ball FighterZ, we have all the pieces to recreate some of the most dramatic moments from Dragon Ball Super’s Tournament of Power arc and Dragon Ball Super: Broly. When it comes to incredible moments in the Dragon Ball anime, very few come close to topping Goku vs. Kefla, Goku and Frieza vs. Jiren, and Goku vs. Broly.

In the video above, we recreate these memorable battles to the best of our ability. For instance, even though Goku goes Ultra Instinct in Dragon Ball Super to defeat Kefla in spectacular fashion, you actually need to use Super Saiyan God Super Saiyan (or Super Saiyan Blue) Goku when fighting Kefla in Dragon Ball FighterZ in order to get the finisher that he uses in the anime. It still looks pretty badass though.

In GameSpot’s Dragon Ball FighterZ review, Peter Brown wrote, “FighterZ is complex and distinct enough to be enjoyed by fighting game competitors, but there’s no question that it’s been designed to tap into the hearts of Dragon Ball’s most dedicated fans, and no doubt those same qualities will win people over who’ve never given the series a chance. Where past games attempted to get there through huge character rosters and deliberately predictable trips down memory lane, FighterZ has bottled the essence of what makes the series’ characters, animation, and sense of humor so beloved and reconfigured it into something new: a Dragon Ball fighting game that can go toe-to-toe with the best of the genre.”

The latest dramatic finish added to Dragon Ball FighterZ recreates the fight between Ultra Instinct Goku and Kefla in the Tournament of Power arc of the Dragon Ball Super anime. While Ultra Instinct Goku has now been released as part of Pass 3, triggering this dramatic finish is actually performed with the Super Saiyan Blue version of Goku (SSGSS). Kefla, the first character of Pass 3, was announced alongside UI Goku and released earlier this year on February 28. 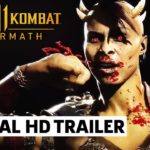