Little Hope is the next game in The Dark Pictures Anthology, following Man of Medan. That game was based on a sunken Indonesian ship, the Ourang Medan, and Little Hope is likewise based on a true story. Its New England setting may bring the Salem Witch Trials to mind, but that’s not quite where developer Supermassive Games pulled its inspiration from.

Little Hope is actually based on the often overlooked Andover Witch Trials, which occurred north of Salem. Tony dives into the history of these events in the video above, explaining how they’re deadlier than the stories often taught in history class.

Little Hope itself has no specific release date, but it’s slated for PS4, Xbox One, and PC this summer. Pre-orders are open now. 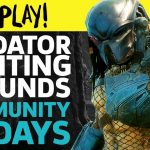