The Ghost of Tsushima release date is June 26. Here’s everything we know so far about Sucker Punch’s next PS4 exclusive.

Sucker Punch has announced the Ghost of Tsushima release date, alongside a new story trailer. The samurai game is set on the real-world Tsushima Island, which was invaded by the Mongol Empire in 1274. Samurai Jin Sakai leads a rebellion against the occupying Mongol horde after its successful invasion of the island.

Ghost of Tsushima isn’t entirely violent though. Sucker Punch studio head Chris Zimmerman explained to us that Tsushima’s natural beauty will be a big part of the game. Of course, as you ride your horse over rolling hills and dense forests, you will have to stop to duel Mongol soldiers.

In addition to the launch date and story trailer, Sucker Punch announced several editions of the game, detailed in our pre-order guide. These include a variety of digital and physical bonuses. 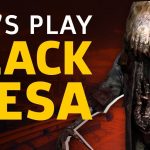 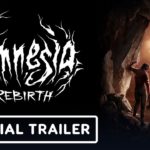