Pokemon Sword or Pokemon Shield? If you are still unsure about which version to buy, here are all the exclusive Pokemon and big differences between Sword and Shield.

Every new Pokemon generation begins with the same question: Which version should you get? Like every pair of new generation games before them, both Pokemon Sword and Shield offer different experiences for players. None are as drastic as the differences between Pokemon Black and White, but you will find different Pokemon and encounter different Gym Leaders depending on which version you play.

There are version-exclusive Pokemon, too–over a dozen beyond the legendaries on the two versions’ covers. The new evolution of Farfetch’d, Sirfetch’d, is exclusive to Pokemon Sword, for example, as are older Pokemon, like Mawile. Meanwhile, Pokemon Shield has new Galarian Ponyta as an exclusive, as well as the much older Sableye. For the full list of exclusive Pokemon, watch the above video.

If you’re on the fence about picking up one (or both!) of the new Pokemon games, don’t be. They’re very good. In GameSpot’s Pokemon Sword / Shield review, Kallie Plagge wrote, “In collecting, battling, and exploring, Sword and Shield cut out the bloat and focus on what makes these pillars of the Pokemon games so captivating in the first place. You’re not held back by overly complicated back-end systems or hoops to jump through; from the outset, you can start wandering the Galar region, seeing its new Pokemon, and trying out its new battle strategies with very little in your way. This leaves you free to enjoy what Pokemon is all about, and that makes for an incredibly strong showing for the series’ proper debut on Switch.” 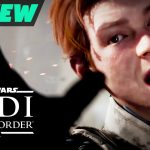 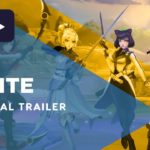