Once you become the Champion in Sword and Shield, you unlock the Battle Tower, a post-game quest, and more. Here’s a list of everything you can do when you finish the game. Pokemon Sword & Shield are available now exclusively on Nintendo Switch.

Pokemon Sword and Shield have finally arrived on Nintendo Switch. Like previous games in the series, your ultimate goal in the Gen 8 titles is to become the Pokemon League Champion, and to do so, you’ll need to travel around the Galar region, catching and raising Pokemon, battling rival trainers, and collecting eight Gym Badges. Your journey isn’t over once you’re crowned the champion, however; there’s still plenty to do in the new Switch Pokemon games after you’ve conquered the Pokemon League.

In the video above, we discuss some of the post-game activities that await you after you’ve cleared the main storyline in Sword and Shield. These include an additional story quest, which has you trying to stop two doofuses named Sordward and Shielbert before culminating in a chance to catch the Legendary Pokemon Zacian or Zamazenta. There are also several gift Pokemon you can claim from various NPCs, and you can test your battling skills at the Battle Tower, where you can earn Battle Points to purchase some incredibly useful items. 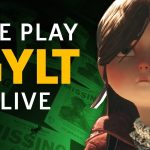 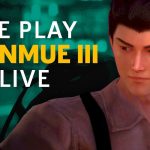