Killing people in Death Stranding isn’t ideal, given that’s how you end up with BTs or far worse. But maybe you don’t care. Maybe you’re tired of being nice. Maybe, in a game all about forming connections, you want to let off a little steam and severe other people’s connection…to life. Well, there are lethal firearms in Death Stranding that can help you with that.

In the video above, Jake Dekker and Ben Janca talk through the process of acquiring lethal firearms, why you may or may not want to use them, and what upgrades you’re able to acquire for the weapons you unlock. Don’t worry, they avoid story spoilers, simply mentioning the name of chapters and locations you should be on the lookout for.

In Death Stranding, you can unlock a shotgun, pistol, and assault rifle (as well as grenades) for taking down enemies. You won’t get any of these lethal firearms until the end of Chapter 3/beginning of Chapter 4, so don’t bother looking in every nook and cranny throughout the first few hours of the campaign in search of a gun. You won’t find what you’re looking for. In fact, you should try to beeline it through Chapter 2 to get to Chapter 3 anyway.

In GameSpot’s Death Stranding review, Kallie Plagge writes, “Death Stranding is a hard game to absorb. There are many intertwining threads to its plot, and silly names, corny moments, and heavy exposition belie an otherwise very simple message. That comes through much more clearly in the game’s more mundane moments, when you find a desperately-needed ladder left behind by another player or receive a letter from an NPC thanking you for your efforts. It’s positive without ignoring pain; in fact, it argues in both its story and its gameplay that adversity itself is what makes things worth doing and life worth living. It’s a game that requires patience, compassion, and love, and it’s also one we really need right now.” 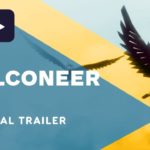