Although Death Stranding doesn’t have any traditional multiplayer modes, the social aspects are a huge part of the experience. Here’s how the Social Strand system works in the game.

Death Stranding is built around the idea that everyone is connected in some sort of way, not just thematically, but in its core gameplay, too. It’s the premise that drives its multiplayer component, which is far from what we’d traditionally expect multiplayer to be. In the video above, we explain exactly how multiplayer works in Death Stranding.

It borrows elements of asynchronous multiplayer components from the Soulsborne games where other players who enable online features can leave behind things for you to find in your own game. But Death Stranding takes that idea and runs with it, hence the Social Strand system. You can build ladders, structures, and generators to leave behind for other players, and they can do the same for you–oftentimes, these are lifelines for surviving in the game itself. With traversal at the heart of Death Standing, bridges to cross rivers or ropes to scale hills will make your life easier and perhaps save you in critical situations.

Multiplayer in Death Stranding is certainly unique and it puts these connections at the forefront of the game. So, if you plan on jumping into the game or have started and are still wondering about how the system works, watch our video above. If you want to know more about how the game is as a whole, be sure to read our full Death Stranding review. — Michael Higham 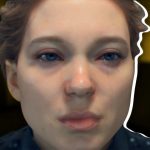 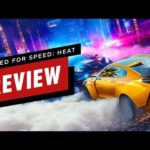