While Death Stranding features a cast of big names like Norman Reedus and Mads Mikkelsen, there’s also brief cameos from other celebrities and game developers who we’ll show in this video. Death Stranding is available now on PS4, and will be available on PC in 2020.

Have you ever had that moment where you’re walking down the street and you pass someone who looks vaguely familiar, but it’s not until hours later that you realize you saw someone who’s actually somewhat famous? It sucks, doesn’t it? You feel downright foolish afterward. In order to avoid suffering such a terrible fate in Death Stranding, we’ve compiled all the celebrity cameos you’ll encounter in the game.

In the video above, we list all of the big names whose likeness was used for a character in Death Stranding and also showcase where and when in the game you’ll encounter them. Though we don’t go into story spoilers, be warned that the video does go into minor location and side-quest spoilers. If you’d rather discover all Death Stranding has to offer on your own, you may want to come back to this video after you see the credits roll. Don’t worry, we’ll still be here. We’re always here.

In GameSpot’s Death Stranding review, Kallie Plagge writes, “Death Stranding is a hard game to absorb. There are many intertwining threads to its plot, and silly names, corny moments, and heavy exposition belie an otherwise very simple message. That comes through much more clearly in the game’s more mundane moments, when you find a desperately-needed ladder left behind by another player or receive a letter from an NPC thanking you for your efforts. It’s positive without ignoring pain; in fact, it argues in both its story and its gameplay that adversity itself is what makes things worth doing and life worth living. It’s a game that requires patience, compassion, and love, and it’s also one we really need right now.” 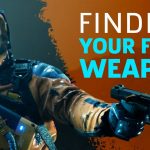