Who’s next in our Marvel’s Avengers Hero Week lineup? None other than the green giant himself! The incredible, unstoppable…HULK!

In Marvel’s Avengers the world is Hulk’s for the smashing. Former Nuclear Physicist Bruce Banner trades his genius-level intellect for superhuman strength and durability whenever The Hulk is unleashed to fight alongside his fellow Avengers.

Did you miss the Marvel’s Avengers global gameplay reveal? Check out the full A-Day Prologue gameplay footage via the link in bio.

Play the Beta first on PS4. 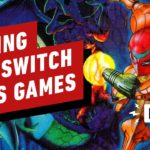