Yakuza games were console exclusives for a very long time, so seeing them come to PC is always exciting and fun. Yakuza Zero is already on PC, and it seems that Yakuza Kiwami will follow it shortly. Reports are stating that the game is actually going to arrive on Steam within the next few weeks.

Yakuza Kiwami is full of all the series treats and exciting moments. It’s an action game just like the other titles in the series. And you also get the cool RPG minigames and the exploration that you enjoy. The story in Yakuza Kiwami is particularly impressive, and you will be quite amazed by the sheer level of detail and fun that you can find in such a title.

They did a fantastic job with Zero’s port which is almost flawless. Ever since the rumor arrived that we will have Yakuza Kiwami on PC too, people started to be hopeful that the port will be just as good. That’s hard to know, however, everyone is optimistic that results will indeed be more than impressive in the end.

Since there’s a Steam page there already, it’s safe to say that the game is set to launch pretty soon. A narrow window would be anywhere in the next 30 days. Either way, it’s fantastic to have yet another Yakuza game coming to PC. This makes fans very hopeful that an eventually new Yakuza will be launched day one on PC too. 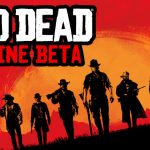