The PlayStation 4 had some amazing games this year. In fact, many of them are set to become game of the year very soon. The challenge that comes here is actually figuring out which are some of the best games to play on the console. There were some exclusives and even multi-platform games.

God of War is maybe one of the best games this year. The fact that it shows a new side of Kratos as a parent is very touching. You also have the Norse mythology that brings in front some pretty interesting options. You even have a new weapon for the character. All of this adds up to deliver an astonishing experience.

Red Dead Redemption 2 is maybe one of the coolest games to play on PS4 this year. The great western experience and realistic gameplay makes it an amazing experience for all PS4 players.

Marvel’s Spider-Man is maybe one of the best superhero games out there. Its gameplay is great, there are lots of easter eggs for comic book readers, and in the end you get to have a cannon story that’s super exciting.

Monster Hunter: World might be a bit grindy at times, but it’s a spectacle and a great cooperative game too. It’s super intense, fun to play and it definitely has a lot potential among PS4 fans.

Call of Duty: Black Ops 4 redefines COD in a good way. Even if it doesn’t have single-player, the few missions combined with multiplayer modes, Blackout and the zombie mode make for a very good time.

As you can see, there are lots of great PS4 games that you can play right away. If you’re a fan of PS4 titles, you should check out these great titles, they are a lot of fun! 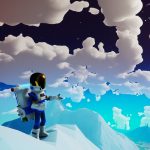